My second chance at Vegas

You may recall my Vegas post from a few months ago in which at the end, I stated the following:

“….I recognized that as a travel destination, Sin City just isn’t a right fit for me and unless fate somehow leads me to Vegas again in the future I’ll be quite happy to return via arm-chair travel, Hollywood films and gangster biographies.”

Well, thanks to a radio competition fate did indeed lead me back to Vegas far sooner than I thought, and this time I embraced it with the welcoming arms of experience. Once I accepted wholeheartedly that Vegas IS a place of excesses, consumption, lights and hedonism, I stopped trying to scrape at the ground in search of a deeper meaning. I let go of all prejudice and I concentrated on having what Vegas is known for – PURE FUN. 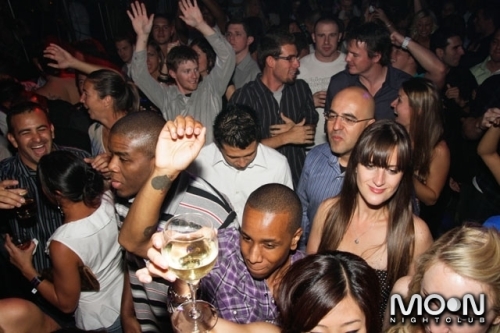 On our first night there I accompanied Andre to a club called ‘Krave’, “the #1 Gay Nightclub in the Country!” I don’t know if it’s something to do with the dry air or if they just make their drinks strong in Vegas, but a few hours later I was dancing like a maniac in a room full of gyrating boys. The paid dancers, both wearing next to nothing and dancing on either side of the stage were very attractive and when they ended their shift, I thought I’d let one of them know just how awesome they were. After all, paying a compliment to a gay man is like paying a compliment to a straight female. Right? Well…..picture me, in my happily inebriated state, affectionately grabbing one of them by the arm and casually telling him, “You were GREAT! You’re SUCH a good dancer and you’re very good-looking!”

Imagine my surprise when he returned my arm grab and told me with a wink, “Thanks! But just so you know, I’m not gay.” Immediately I went over to Andre to share this shocking discovery. “Andre, isn’t this odd? The dancers are straight….who would’ve thought?”
Andre (who is about 7 years younger than me but far more knowledgeable on these topics) just looked my up and down, rolled his eyes and factually stated, “Uh, of course honey, what did you expect? Most dancers in gay bars are straight – it’s good money.” Learnt something new that night.

As expected, we did it all again the following night. Except this time we went to a straight club which meant that Andre didn’t stay for long (and made a quick escape back to Krave), but Rachel, Eunsoo and I had a ball at the Wynn’s XS. It is here that I learnt another lesson – the clubs in Vegas pump oxygen out so you last longer. That explains a lot, for after I lost Rachel and Eunsoo I kept partying with a bunch of randoms until the wee hours of the morning and all the while I felt like Red Bull concentrate was pumping into my veins on a drip.

The next day I was coming down with something. Something ugly – I could feel it in my throat. But nevertheless, with it being Rachel’s birthday, we had to go out again. This time the venue was Moon, a club high up in the Palms Casino Resort. With it being hip-hop night (and not the type of hip-hop I like), I wasn’t quite in my element so after an hour and a half we were about to leave when we discovered that The Cataracs were going to be playing there shortly. You may not have heard of The Cataracs, but chances are you’ve heard of a song by Far East Movement that they mixed called ‘Like a G6‘. 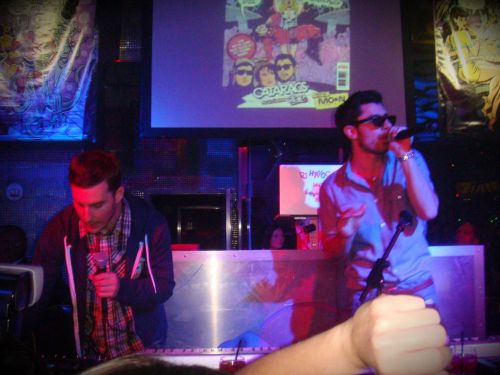 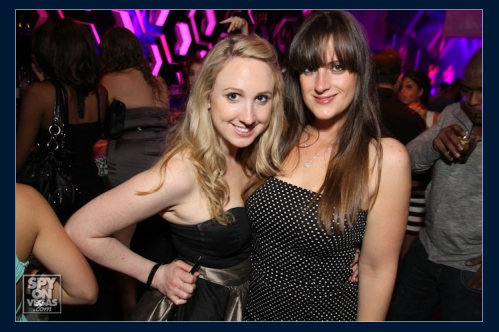 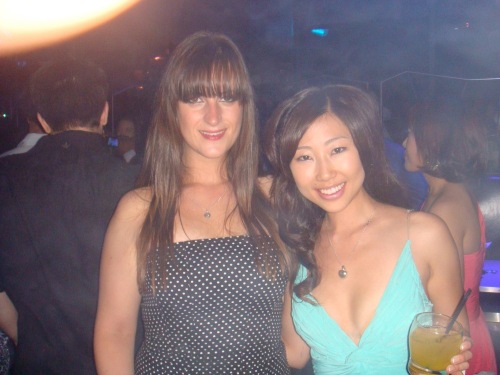 It’s a song we’d been hearing throughout our trip and it’s made for dancing and the occasional bout of fist-pumping, so of course we stayed. By this point I’d forgotten that I wasn’t feeling well but naturally it came back to haunt me the next day when we were in the car again, leaving Vegas and en route to LA. The lack of sleep, endless partying and shouting above loud music had come back to bite me with what appeared to be laryngitis. Surely a sign of too much fun!

As we drove past the Eiffel Tower, the Bellagio’s gigantic water fountains and a man dressed as Bumblebee I thought to myself, “there really is nowhere quite like this.” As a rule, I prefer the historical marvel of cities like Madrid, Paris and Rome. But never before have I encountered a place where you can let down your hair to such an extravagant degree. In Vegas anything is considered normal yet everything is extreme.

Unlike my first visit, on this one I did nothing remotely cultural or related to natural attractions for the entire three days – but I’d had a cracker of a time. If a no holds barred, genuinely self-indulgent time is what you need, then this is the place for it. 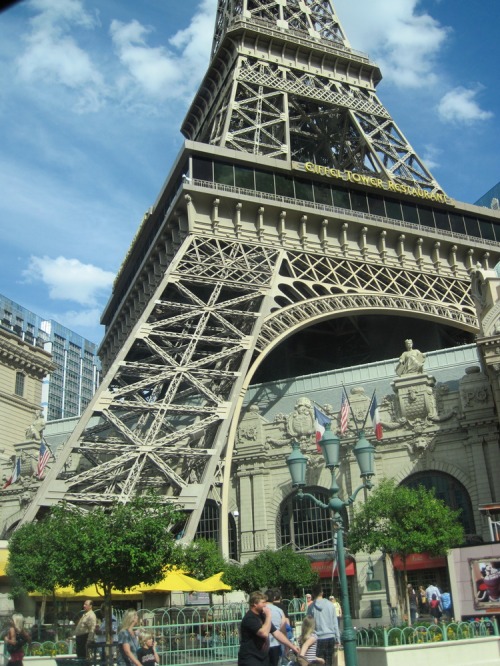 Copyright
All images appearing on this blog (solange.posterous.com) may not be reproduced, copied or manipulated without the written permission of Solange Francois. © 2010

2 thoughts on “My second chance at Vegas”

"Daddy, hat!" Absolutely loving this age with this chatterbox. 🥰 His most spoken words until now have been "truck", "boo" (boob), "daddy", "mama", "bla" (blueberry), "bye", "alo" (hello) and "chee" (cheese). Over the weekend he introduced "turtle", "ouch", "blue" and "hat" and it's so fun hearing him express himself!
My little snuggler at almost 16 months old // 25 months of my body helping his one grow
Yesterday evening, the last sunset of 2019. This past decade has brought me the extremes of emotions - elation and despair - and taught me very important lessons along the way. Bring on a fabulous 2020 full of gratitude and happiness for the wonderful moments, and strength for the challenging ones. My focus points for the next decade are my health, a number of significant personal goals and most of all, my family. ❤️❤️❤️
%d bloggers like this: